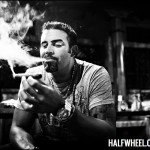 Cigar Social with Cigar Grotto & Willy Herrera As I promised the fun and madness will continue with Willy, myself, Gregg and Alex at Carlsbad Hennessey’s for a fabulous dinner, and a ton of fun with more insane cigar and box deals. These are limited so come prepared. Willy Herrera Cigar Social with CIGAR GROTTO INC. MARCH 26, 2014 6:30 PM – ??? Menu TBA Gregg, Willy & Alex, will be rocking the Drew Estate, Herrera Esteli Cigars in store event. The DEALS these guys put out are insane. You’re not done here though, immediately following the event at Cigar Grotto, you’re going to Hennessey’s Carlsbad to keep the madness going with myself, Gregg, Willy and Alex a great dinner, cold beer, more cigars, and of course awesome people. All of the same cigar deals will be going on and box specials too. Those are limited so come prepared. Menu TBA. First come first served seating. This event is only for those partaking in dinner. The Entire Bar is RESERVED.

No Comments to “Willy Herrera Cigar Social with Cigar Grotto”